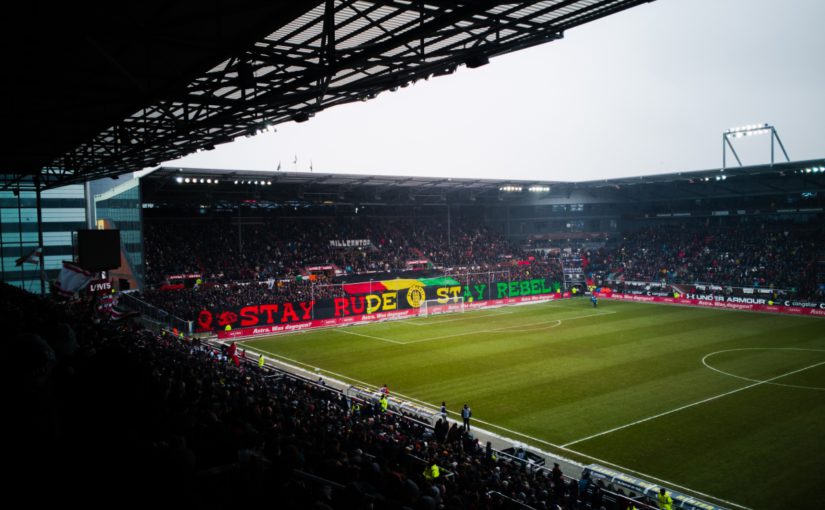 It’s been a while covering footie and it’s been a rough ride of a season. Great start, great downsides. Worst home stats almost ever. And me missing two home games being off sick. But by sheer luck and the absolute incompetence of most of the other teams this season we seem to be back on track.

The first leg of the season we finished 15th (and got a new coach), the second leg of the season after beating Kiel we are now 5th. And that with a stunning -10 goal difference. Bad. Just bad. It’s 3 points to 3rd and it’s 7 points to 16th – what a tight flight!

And it was a decisive game vs. Holstein Kiel, either we tumble down further or we got our head up again. The best thing in the first part of the season was winning 1:0 in Kiel thanks to Flum, following some stupid Kiel pitch invasion during warm up. And the icing was that Kiel played and plays the better footie.

And now Kiel at home. Great start, bad interlude and indeed Kiel being quicker, more agile and with the better game play. But they did not manage to score the 3rd goal. And then their biggest problem hit – Kiel can’t really get their play across the eg. 70 minute mark. They visibly not fell apart but lost their speed, aggressiveness and control in midfield. And we gained it and with sheer determination we hit it home.

And the winner of the game? Many had Neudecker thanks to two goals and setting up the winner but i had someone backed by data:

And with Flum we had trash talk, aggressiveness and the midfield back again. And then we had Neudecker!

And finally: If you score more and if you run more that despite the poorer play you deserve to win. See Kiel?