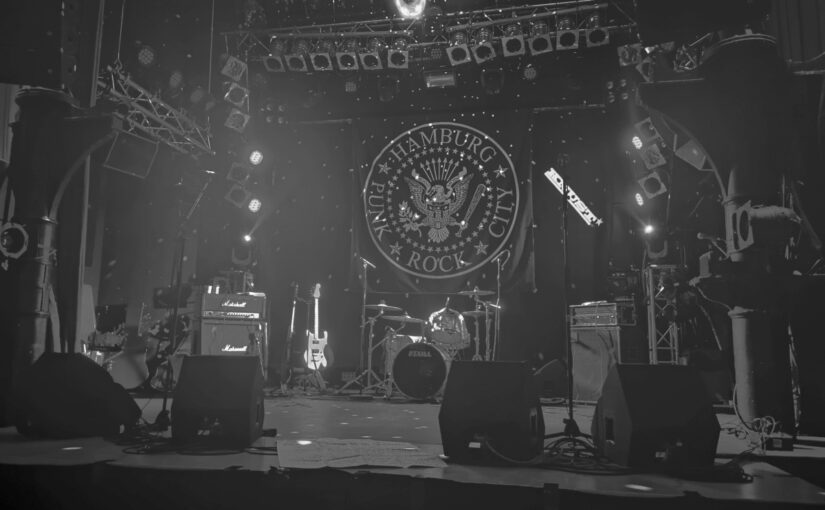 Solidarity. That ain’t just a word. In the context of this little subculture that i follow for now 40 odd years it has been a reality. Not too often deep, but often at least on the outside. Gives a general cozy feeling.

But then plagues like this pandemic virus happen. And it basically shuts down the circuit i am on: No more shows. No more travelling bands. No more open clubs. And clubs without income. Staff being without work. Bands without income (and, worst case, having lost their day job). No more travel (on the work front a bonus though).

It was 6 months without shows, some weeks with hard lockdown. Some meetings at the Hafenklang, who resorted to selling beer streetside. Some shows online. DJ Set and beers at the Knust. Two great Punk Rock Hamburg memorabilia auctions that provided a 5 digit number of € for our clubs.

And then three angles came down from heaven, god send, and did so much more.

That „more“ provided the icing on the cake of Solidarity.

Tickets where limited, under the current strict rules, and much in demand. 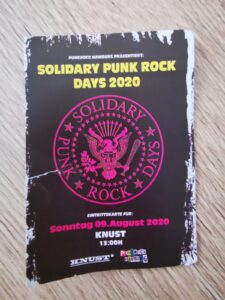 I had to let go Thursday (at the Dschungel) and Friday (at the Molotov and at the Monkeys) due to other commitments but i was all in and eager for Saturday and Sunday at the Knust.

And it was Die Mimmis from Bremen that provided the intro towards my return to live mu-sick, in a regulated seating way. The Knust took some calculated risk, if this would have gone astray it would have been more than a financial desaster.

Fabsi and his lot had a short runfrom Bremen into Hamburg and kicked off in bright sunshine. I was around with them in the early 80s, there was the infamous show with Grober Unfug at Buchtstrasse in 1982 and there was a tour with Mimmis, Suhrbiers and Waltons in i guess 1985 that ended on New Years Eve at Bremen.

Today in 2020 their approach to Punk Rock is out of sync with myself, though they provided some nice references to old Düsseldorf Punk. Some other references i even found odd, but that was just me. Honestly, they did not work for me and from looking around they also did not work out for many of me mates. I guess i have outgrown that one particular niche in my little mu-sick-al cupboard.

But, they were there, on stage, live. And that counts.

Next and eagerly awaited came Hamburgs finest, the Razors. It was to be the first show with Stefan „Stoffel“ Jenkel on Guitar, since Witte choose to leave the Razors. A big guitar sound to step into, a great band to join.

From the first song onward it became apparent that we would be in for a change: As someone in the audience put it „the guitar sounded less Witte and more Schwabe“ and if you ask me he was spot on. I would even add that Wittes chainsaw/buzz-saw guitar sound dominated the Razors a wee bit too much. Some songs where either bulldozed under it and some where just blitzed through.

Great, energetic and fitting in. Wow – the Razors can call themselves lucky for that selection. They had a well conducted and rehearsed set list, old and new items and some surprises: They can not only rescue 40 year old songs into today but they can also spit out a 45 seconds hardcore smasher that ends with a literate bang.

Here is the 40 year old beauty, not played live for many many years:

I could not only feel the joy from the stage, i could also feel the joy around me: Many eyes did glaze, many faces did smile. And even more drinks got consumed, both to counter the heat & sweat and because people got really relaxed and back into the groove.

In between sure we got the old-time favorites, the sing-a-long songs – the hidden gems. My gem is forever Tommies Gang (or Tommy’s Gang) and i was happy as a fuck to capture that one too:

I am back in front of the stage to listen to electrified guitars. I am damn sure that many just can’t relate to the beauty of the feeling but i know that i was surrounded by like-minded people. By people who yearned for six months for this moment.

Perfect set, perfect setting. Perfect new feeling, i guess both for the Razors on stage (who looked reasonably happy after the show), for Stoffel and for the lot.

Did i note that #thereaintnuthinbetterthanlivemusic?

Next on and in for another first (first foreign band to play live in Hamburg after Covid-19 lockdown and regulations) was Alex from Wonk Unit with an acoustic set (supported by Pwosion on Bass).

And they started of with something simple, tongue in check:

I doubt that next to the 2nd Meat Puppets Album there was ever something that easy, nice and sing-a-long in a country setting:

I am not sure how much people over here actually get with respect to Alex chats, his banter and his lyrics – Alex is a perfect English loudmouth with a gentleman charm. And not surprisingly this charm also worked over here with the Hamburg lot coming out of Covid-19 and in the summer heat of Hamburg.

It is actually „forever“ that i could listen to such song introductions: Honest, real and street wise. And sure Alex is a princes. Though i wonder if he ever listened to The Freeze. Lets hope not.

Lets rather hope that he is able to assemble his troupes next year for a full on assault on Hamburg. The Hamburg Wonk Family will be there, in force and in Wonk Family Clad.

The Hamburg lot already is fully versed in sing-a-long to the many great songs they have, here is another smasher that made people even more happy:

At the end eventually they had to finish, 22:00 was a strict curfew for outdoors, even for DJ music. And it finished with some nice fireworks (in the most limited fashion that did not draw attention by authorities).

And once it was over there was one unique feeling: It is so great to have that live music setting back.

Whilst Saturday was plenty (of joy, of music, of booze), the Sunday matinee was much crisper, much harder (partly due to hangovers): It was the first attempt to perform live, on stage, indoors – with an audience and with serving alcohol (something that legally was doubtful to the last minute).

Strict seating, max 8 persons per table and no movements. A total of 70something tickets were allowed to be sold and they went very very fast. The unlucky ones would be allowed to see the show outdoors, on the big screen.

The honor to perform this first went to another one of Hamburgs finest: The most likely best cover band in the world – Jam Today.  At 1430 sharp they entered the stage and looked down onto something like a beer garden.

(Thanks to Klaus (Razors) for that memory!

But it was an indoor beer garden full of eager fans.

Helge on Guitar, Lui on Bass and Ingo on Drums. And off it went into sing-a-long songs the lot knew by heart:

Jam Today also had a surprise for the lot, That’s Entertainment was transformed into a mellow version and Hamburgs own Punk Rock Nightingale (who normally lends it’s voice to Superstars like Gerd or Milo) provided additional vocals:

And yes, it worked. It really worked. And in almost no time the set was done.

But still they had a surprise: A little quiz to auction of Jam Today memorabilia. And that was real fun: From Uganda to The Jam and on to the White Riot tour 1977. And a great surprise question for the final winner.

Correct answers would have been: Kampala, Town Called Malice, Clash & Buzzcocks & The Jam & The Slits, Helge. Now guess the questions!

The only thorn in my side was that whilst it was great to feel this shit again the setting definitely is an issue and won’t work for all clubs.

And frank, it won’t break even.

It would also most likely lack content, as bands from abroad for some more time won’t be able to travel.

But on that Sunday afternoon, after 4 days of Punk Rock Hamburg Solidarity it did not matter. The only thing that mattered is that Arne, Perry and Dirk stepped up and made this happen, no matter what. They came god send and they cured a large part of our pain.

Lets see if we can get that momentum going and attend whatever becomes available. We must keep this shit going. We must nurture it.  We must grow something where now scorched earth is the outlook.

The good thing? I am not alone! Let’s go!

THANKS YOU GUYS, FOREVER IN YOUR DEBT! 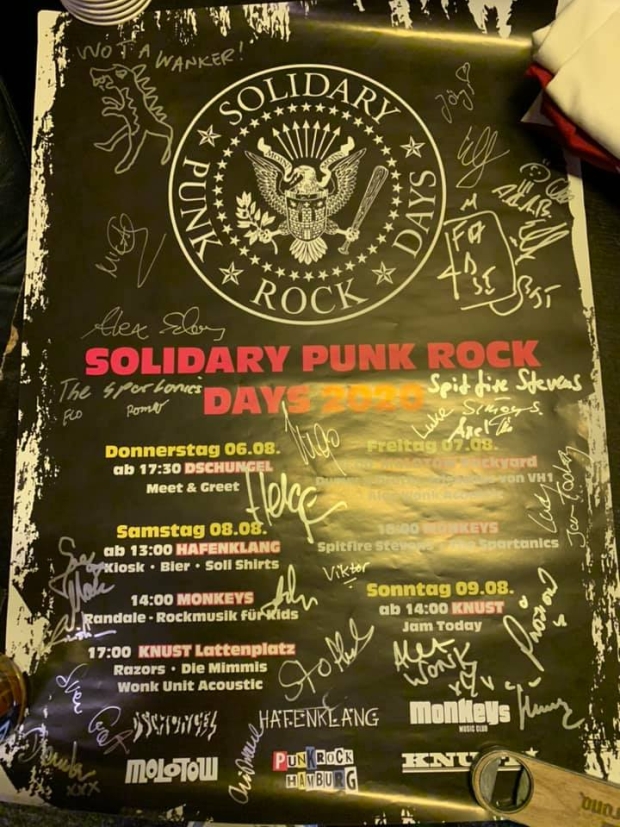 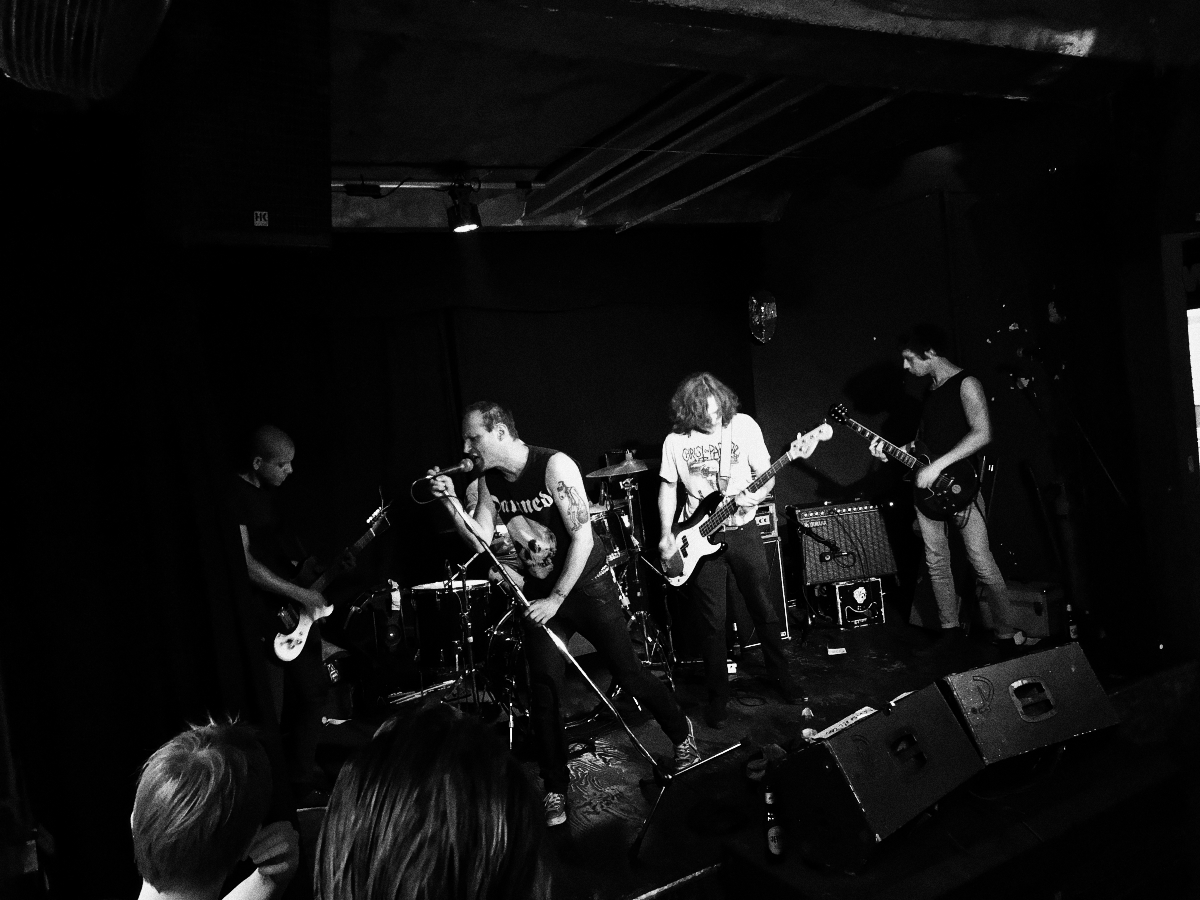 A random picture, no hints who, where and when.

It will be one of those items i miss: Largely Shows and Footie. And i fear the worst for the remainder of the year.

As such be generous and give to your favorite clubs. And bands. And lables.

D. (custodian of the Archive) 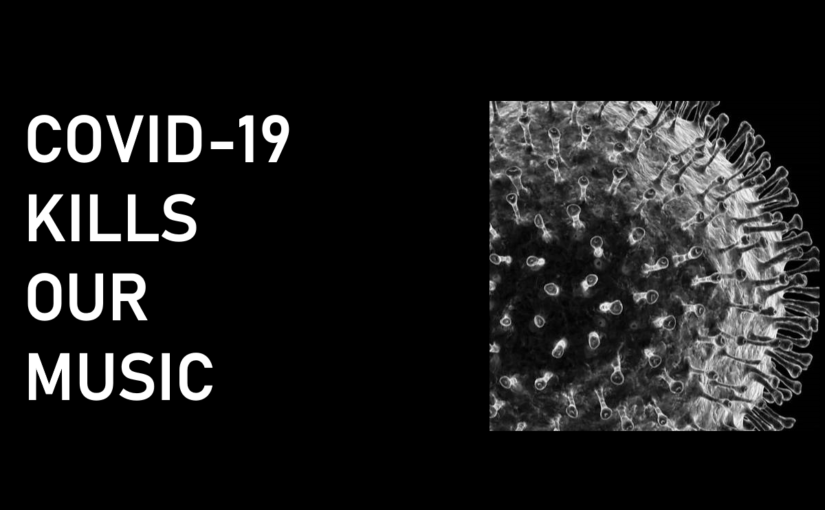 By now i guess everybody as figured out how impact-full COVID-19 is on his/her private life and i guess you have all noted tours and shows being canceled left right and center.

With that it is hopefully pretty clear to a regular connoisseur of music in recorded form and music in live form that without regular income bands, labels, promoters and clubs will struggle. Will financially not survive. Let one those people that work for them, often without a fixed contract, that will also loose work and thus income.

I’ll do the following:

I can only urge you to do the same.

Contact your favorite club an ask how you can directly support them.

I am giving / already gave to

And for the rest be creative. Sell some records that you don’t listen to anyway and provide the turnover to your favorite club. Buy two records instead of one and give it to a friend who has less money than you.

And once the clubs can be open again, once bands can tour again – just buy: Tickets, drinks, merch – anything that gets money into the right hands.

Thank you, i love you.