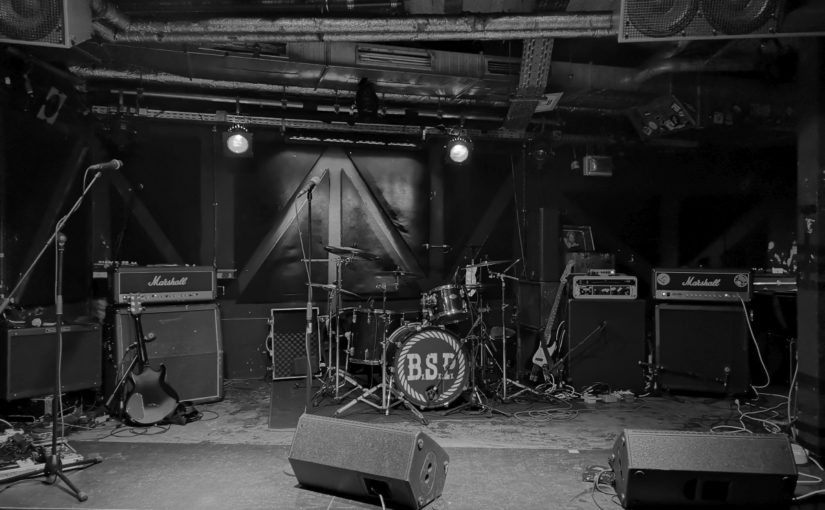 Zoom back to April 14th, 2015 – them Bar Stool Preachers made their first ever European appearance over at the Monkeys, pretty much in a perfect amateur way. And since then they have kept course and played a lot: small places, even smaller places and big places (and even biggest places opening for the likes of DTH). They have two long players, a couple of singles and another US support tour ahead of them. Stunning.

This time round they graced the Hafenklang (just to collect another local club on their jolly around Hamburg) and they even had a support act – making them the main act!

Support was Chester Park from Hannover by virtue of volunteering i take. As ever, i was keen to see the support too and this is what is saw:

And for the first time for some time i gotta admit that in the moment the singer opened his mouth it became unbearable for me. Check them out yourself, in hindsight it sounds a wee bit nicer but it ain’t my (and many others that night) thingy.  Not a centimeter. Not an inch. Not a chord. And so i left for chats outside.

Next on the friendly and well behaved boys from sunny Bristelmestune (as their home town was called in the Doomsday Book). And they are drawing a slightly changed audience now: Was their first show almost exclusive to the (ageing) Hamburg Blackpool Pilgrims and Cock Sparrer connoisseurs that contingent now is a mere 1/3rd – they managed to get themselves a much wider and younger audience, even over here.

And by now they are indeed a well oiled and hard working machine that knows both to handle being on stage but also how to handle, encourage and command the audience. And it sounded like this:

The commandeering for large parts is done by TJ, a seasoned frontman with all the smiles, gestures and moves that are real and not just a show, and Bungle, the towering and ever smiling bass player. As regular on the live mu-sick circuit i have to admit though that some of the schemes were on the cheap side (seen too often) but when they come with this amount of credibility they become a bit more acceptable.

What they did not have to command though was “get moving“, that part the eager and willing audience did themselves just following the beat. What was also a slight and encouraging difference was the number of the (younger) female contingent that was dancing in the front (whilst the old lads smiled on the side or in the back).

And they finished off with their own little story about touring and getting stuck on the motorway – here is their little ode to that motorway that heads north-west out of London:

Great band, great show and a lot of smiling faces. And sweaty dancers. And almost everyone was of the same opinion: They are so kind, so nice, so good – they deserve something bigger: They deserve commercial success.

Even at the expense that we may not see them anymore – but that would be ok. Give them a gifted producer and goddamnit someone should expense a recording budget with a good studio (as their 2nd LP in my ears could do with some better recording/production).

They deserve radio play, they deserve prime TV time and they deserve the bigger places. And once they are there they will still hold the credibility of a humble band following the right leavers. I’ll trust them.

Fun fact for all #recordcollectorsarepretentiousarseholes: They handed these funny flexi discs to the audience for free – you will pay a lot for them soon!