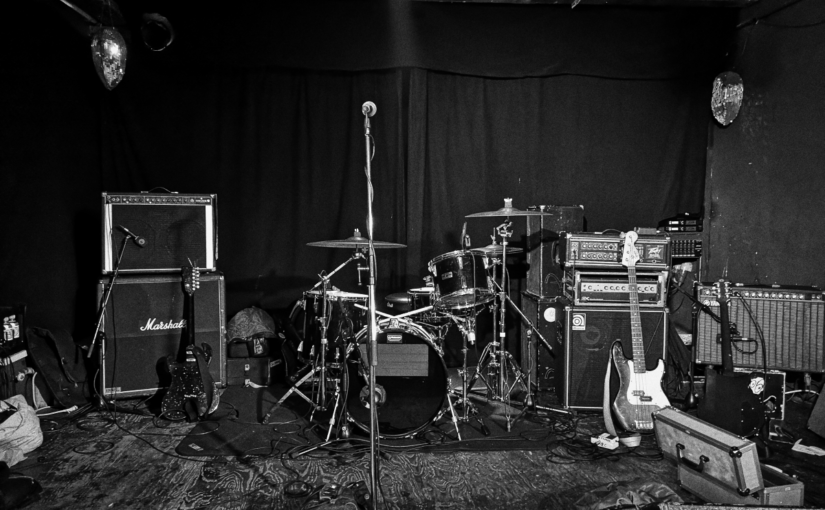 Over the last years the K-Town Warm-up was quite a sizeable effort at the Hafenklang, this year it was cut back to a small and intimate setting. Though when i arrived at the Hafenklang i had the initial fear that i was going to be surprised by a large something, given the huge nightliner in front of the doors…

But unknown is the trigger, at least for me. How can i judge what music to listen to or what records to buy if i do not check out new bands? First on where Idiota Civilizzato from Berlin (and some other places) and they came just in time for the show.

They sound like great US inspired Italian Hardcore from the mid-80s and they do sound almost perfect in that vein. Push, drive, speed and dual guitars. The vocals must have been in Italian, as i could not make out any theme. And they pushed their set in a stoic manner towards the rather empty space in front of them.

Besides Project Youth there where about 15 paying customers and that does not really drive enthusiasm but i have to give credit to them – they where relentless. How did it sound? Listen up youth:

Next on Project Youth from Istanbul (Turkey) and i think so far i have not yet seen a band from Byzantium so i was very interested to see and hear. It was a wee bit a surprise (and in hindsight not really) to get to see and hear a band that was fully engulfed into 80s UK punk.

And their sound indeed was more Punk Rock than H/C, had some melodies and their singer tried to be a wee bit of an entertainer, an art really lost on the few people this night. They where pretty much like a well oiled engine, pushing out their songs and mixing English and Turkish language. And they did engage a bit more with the audience.

Their sound is pretty much summed up with this Blitz cover, i guess their finest moment that night.

As for Idiota Civilizzato they would have benefited from a few more people, a bit more enthusiasm in front of the stage and generally „more“ (of everything). I think in a different setting they will be well received, lets see if they make it back to Hamburg on a different occasion.

As you lot where not there, check out both bands on Bandcamp: I went home not really satisfied (though indeed with some new mu-sick-al experience) and sincerely hope that next year K-Town Warm-Up at the Hafenklang is again a bigger variety and a bigger exposure for bands travelling to DK.

And the real thing over this weekend was in København!