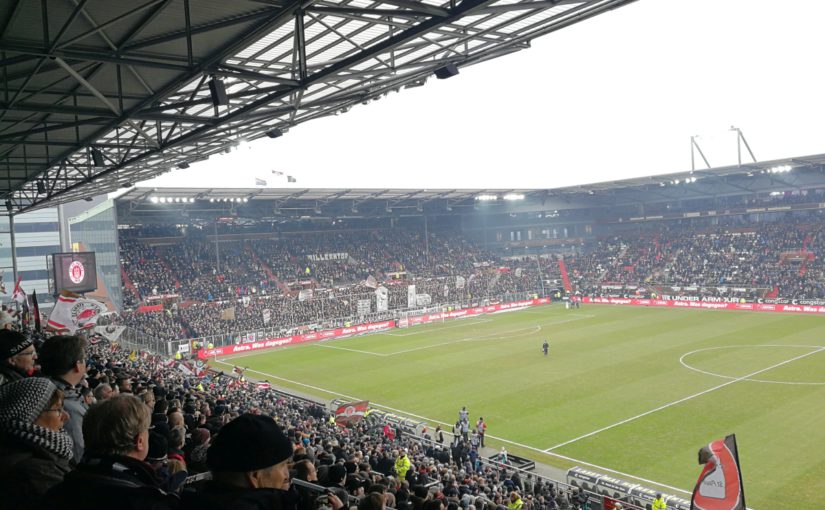 As we did not win away at Düsseldorf all ambitions for higher up have been shelved. And thanks to the poor pitch in friggin Düsseldorf we now have two injured players. As as such it was a game against someone lower and the only game plan was to keep them on distance.

And keeping them at distance meant to play a team that was trying nothing and had all their hope on a lucky punch. Twice BTSV did hit the post – but to no avail. And us? We just did not realize that quick passing and getting behind the tall defender on the ground was to be successful – at least we did not give the impression.

Worst action on the pitch: Our #11 complaining on being taken off after 75 Minutes (and 10 mins too late).

Nevermind, it was a 0:0 with some quality of good football entertainment – not a dull 0:0 without any action.

What did strike me though was that “Yellow Blue” in team colors ain’t a bad look, also off the pitch.

We continue on 10, but only 5 points ahead of relegation down. Relegation up is only 6 points away and this season overall poor performance stability by almost all teams would give you glory on two consecutive wins (and all hell if you loose two in a row). As such i fear the season is getting decisive.

And the best? Our beloved Reptiloid with the number 4 gave his 90 minutes comeback after 8 month of injury. And with only 1 error it was a good one! That provides some hope, should Lasse decide to try a first league team.