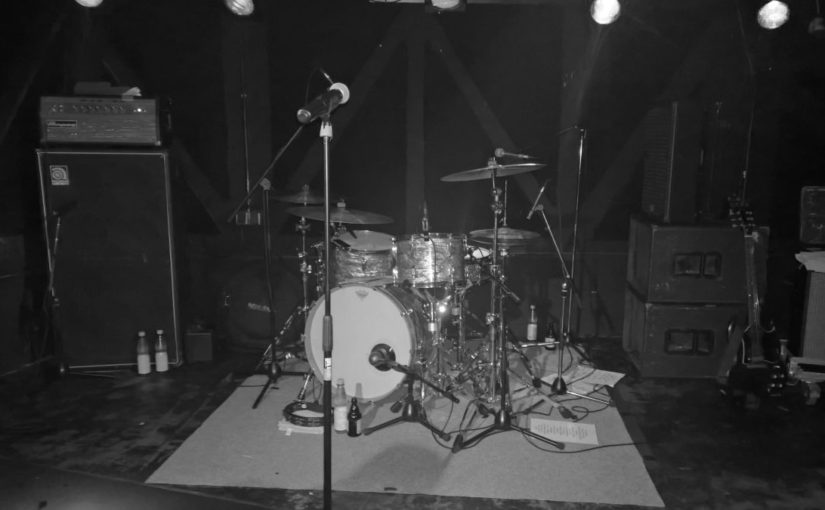 An annoying entry into an annoying week, accumulating into the G20 summit that nobody wants to have in this lovely city and that only ever attracts chaos, riots and … hang on, sounds punk rock, eh? No, the annoying thing next to the G20 is that this very Monday had two competing shows that where hard to balance: NOi!se from Tacoma graced the Monkeys with their very unique blend of pop-infused heavy Oi! and them BellRays graced the Hafenklang with their very unique blend of funksoulgospel-infused punk rock (with an emphasis on rock).

I decided to bet on both and had tickets for both – stupid me. The final call went for the Hafenklang and my NOi!se ticket went to a mate. And a quest – unanswered though – went to another mate for some NOi!se merchandise.

I actually do not recall when i saw them last but it might have been in support of the Fleshtones a while back. First on and playing to an empty floor where a dutch band called Coppersky and … they meant nothing to me. They did not touch a single nerve, something that is really really rare. So i did let them go in good faith and concentrated on talking to an old mate.

Next on and after a complete refresh of the stage The BellRays and they kicked off like this:

And from the first song it was the voice of Lisa Kekaula that makes the difference. Boy would i love to have such a full voice on some other bands singers – volume, tone variety and and and. It’s a real asset and the BellRays capitalise on it.

For my liking they had a slow start, the longer the played the more the song selection went to the power side and that pairing brings out the best of them.

That said, they also can handle the opposite side of the spectrum and do it less loud, less hard and less fast – and still make an impression:

Whilst that was great, there was also something not that fitting: They had a couple of covers (Paranoid, Judy is a Punk, Dream Police, Highway to Hell) that me and me mate felt to be below standard: They should have transformed these more into the Punksoulgospelsound of the BellRays rather than staying near the original. In fact we would have loved if they stayed way out and put a different spin on it.

Nevermind, whenever i had the feeling they are loosing it they came with another smasher and proved that they can not only delivery a great rock show but also get the audience into dancing, singing and worshipping. They got the power!

Off they went and back they came for what turned out to be an extensive encore with even more return from the audience.

Great show, great band and more than impressive vocal capabilities. A pity though that the merch stall was rather empty and less impressive T-Shirts where on offer. But hey, they are for the ear not for wearing (though i saw quite some people with an old BellRays shirt in the audience and i do know some people who made a point to this being a mandatory show to attend).

nb: Them BellRays are forever down in my audio and graphical memory with this stunning performance of that stunning song (a pity they do not play it on this tour)…

Ein Gedanke zu „… what a difference a voice makes: Them BellRays preach the rock show with a loud voice!“