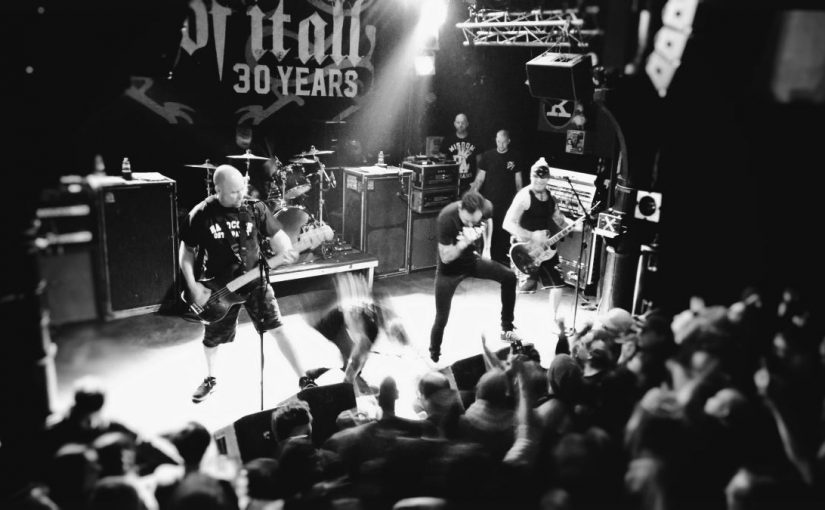 And that was handsome Lou commandeering the audience and guess what – everybody followed without thinking. The sold out Knust was full of eager fans and eager “oldschool” fans.  At least when Lou asked only one was brave enough to hold up his hand and state “this is my first SOIA show“. Ups – where have you been lately my friend?

They have co-defined a genre and they have authored the right behaviors and they keep putting them forward to the troops. Though at the show they might preach to converted it is something to be done. Continuously. And as “us all” does not have the time to do it there are other people who get funded by us to do it. Guess who that is?

Was that all? No, that ain’t all! Thanks to some bloke in the audience (Craig suggest he was the obvious drunken polish guy) we where also up for something that will put the Mighty Mighty BossTones (and their enlist Ben Carr) at shame most likely: The official “GoGo Night at Knust, Edition 2016” was on: