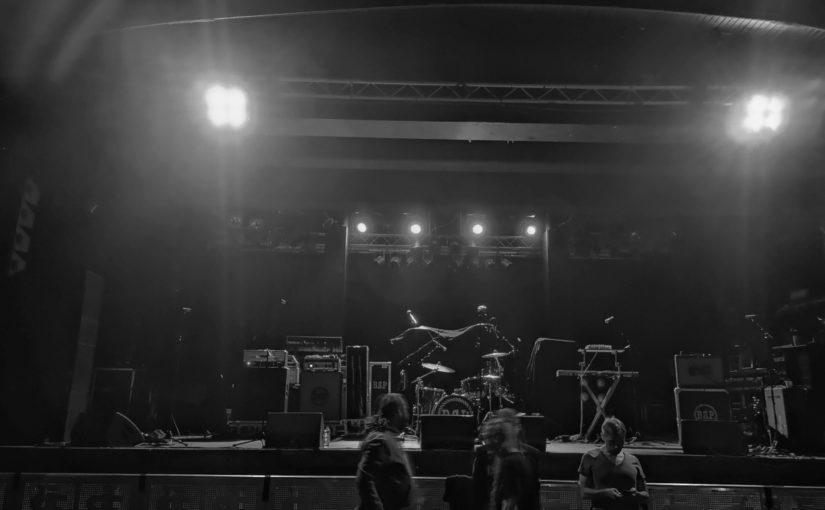 Oh Boy, that was just like the Descendents last year: They took 21 years to come back, for them BossTones it took also 21 years to grace Hamburg again. Unfortunately not at the Markthalle, though the Freiheit would provide more space to people (but with a much more annoying setup).

That’s a hell of a time away from us over here, though one specific Punk Rock Hamburg connoisseur and BossTones maniac took every effort to see them (travelling near and far). Next to him plenty of mates where around and the show i guess was near full (or maybe even sold out).

On tour with The Mighty Mighty BossTones where The Bar Stool Preachers, Brightons brightest. Last time i saw them i noted “i wish them making it big” and that is how they returned to Hamburg (yet again): On a big stage, supporting a big band.

The setting was professional rock show again, they had to set up their gear in front of the BossTones stuff, luckily the stage at the Freiheit is indeed spacious.

They had to kick off early and thus to a small circle of friends in front of the stage. But song by song not only that circle did grow but also the rest of the audience got into them. By the end they and their stage charm commandeered the audience and they got good feedback. For my ears though they sound more and more polished and professional but i still wish them to keep growing and find commercial success too.

And with a swift and professional changeover that made way for the lot from the Commonwealth of Massachusetts. Dark stage, surprise reveal of the rather orange back drop and … 1, 2, 3, 4, 5, 6, 7, 8 … 9 BossTones entering the stage and storming into The Rascal King.

From the first chords and from the first vocals of Dicky the BossTones magic was there. The space to front was for Dicky, the space on the wings was for Ben and they where supported by the massive backline: John on Keyboard (behind a neat cover), Lawrence on guitar, Tim on Sax, Joe on drums, Chris and Leon on further brass and Joe on Bass.

For a fun moment i imagined that troupe on the smaller stages of my preferred clubs, eg. Hafenklang or Monkeys, and i had to admit to myself that it would not work. They need space, they need also volume of sound and that is what the Freiheit provided perfectly. And it also provided plenty of space for the audience to dance thus indeed a dance party the whole show would turn into.

They played like 25 songs and for almost for two hours, including songs from all records and including crowd pleasing covers like Simmer Down (from the Wailers) and a brilliant I can see clearly now adaption (originally by Johnny Nash), that made the audience sing in the loudest possible way.

And whilst at it, they took that excitement to further heights by storming into The Impression That I Get to finish off the set. But sure it was not the end of it, they came back and Dicky specifically came back with a hats off to Hamburg shirt: He was sporting one of the neat Rude Boys Hamburg shirts that indeed makes any bearer a beauty (and yes, i have one too).

I did not dance all the two hours but was sure emotionally uplifted (to phrase it mild), others where all sweaty and soaking wet and where just our of their mind happy. It was one of these shows where a large contingent, mostly in front of the stage, looked at each other after the last chord with a fucking big smile.

Did the music really end? Where am I? What happened?

Bad thing was it was the Freiheit. Upon the last chord still running around from the wall to wall the bouncers forcibly push out customers from the front of the stage to the exit, denying them to exchange enjoyment and replenishment of liquids. Stupid practice, also commercially as then more beer is consumed elsewhere.

Some of me mates now will follow them BossTones further, one of them saw them in England too and will report back on the show at the Forum in London on the previous weekend in due cause. That one also had a lucky wife, as she was gifted with Dickys sunglasses during the set, he has an eye for die-hard fans!

And straight from his point of view, here is his account of the proceedings:

I was just happy as a fuck that they where back, that they where just incredibly (or maybe stunningly) great and i was wondering whatever made me attending that other professional rock show recently. How stupid.  Let’s collectively hope that Dicky overcomes his laziness and is willing to put another Hamburg date on the map in say … a few years. 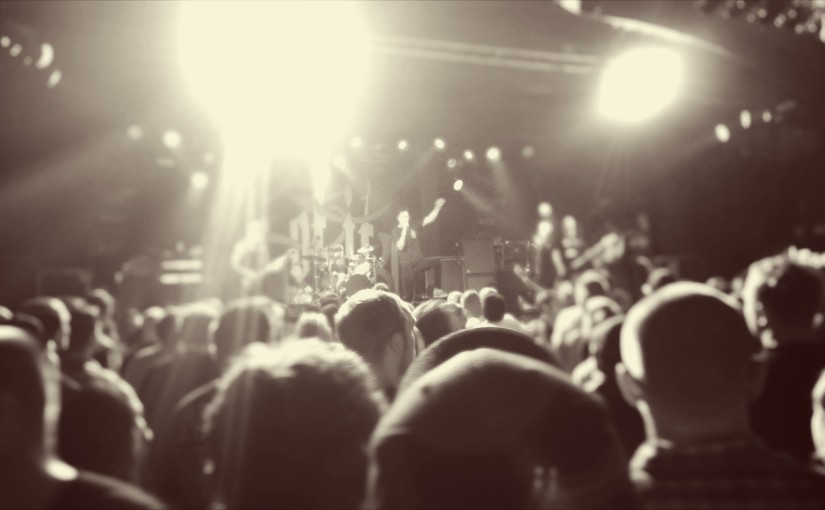 1992 is a precious year for my humble self, it is the year i met my (to be) wife. Whilst that is the best that ever happened to me there are other moments of falling in love too – 1992 was also the year i saw a young NYHC band for the first time … Sick Of It All! They have been a constant love (as much as me to-be wife) since then and, one of these magic win-win situations, me love aka me wife also digs Sick Of It All and can be seen quite often sporting a SIOA T-Shirt. They belong to a few number of bands where at least i try to see every show in Hamburg and luckily they are still around and going strong.

This time round they came as headliner for the “Persistence 2015” Tour, for my licking a rather strange and marketing driven setting of 7 bands crossing left and right the hardcore genre. As i can not stand festivals normally and sure not a show that starts at 18:00 on a Friday we choose to let go the inital bands – sorry Broken Teeth (Manchester HC), All For Nothing (Rotterdamn Hardcore), Turnstile (Baltimore/DC HC) and Rykers (Kassel HC) as over 50 you do not have the stamina anymore for such a long trip…

Thanks to the god order on running order we arrived to the last chords of Rykers and squeezed us into a backed and wet venure – sold out and average age “young”. But hey, thats a matter of fact.

First on for us thus was Walls Of Jericho (from Detroit), i’d say Metalcore and a friendly girl on vocals that impressed with dog-barking voice and power-lifting biceps. Not my favorite type of musick but what they do they do well.

Next Ignite (from OC County) and by and large they are disappointing – i think i now why i did let go all of their records since 1995. Again, it is what they like and they seem to give their energy into it but sound wise it is not what i dig. Some of the faster and harder songs in good chords remind of Dag Nasty, but that is later Dag Nasty and even that is too soft for me.

And that did lead to the headliner. From NYC. Last time they played this place (2 years ago?) they did not sell enough tickets and where thrown into the cellar (the place below the big hall is called “Kaiserkeller”) where we and about 150 people enjoyed them close, F2F and on a small stage in best club atmosphere. Very joyful, very oldschool and almost 2 hours of fun.

What can i say – they played for an hour, they made a nice tour through their Œuvre and they gave the kids old and new stuff with excellent sound and stage setting. Their recipe is simple: Unpretentious and Integer. I guess that is what they still follow, be on a big stage as a headliner, be it on a side stage at Wacken or be it on a small stage in a small country in Europe. And, frank, the kids dig it and i dig it. But i will feel more home if the next show is a smaller setting, less bands and maybe less people.

But you can not have everything to your liking,  so i am a happy bunny as i got to marry the girl i felt in love with in 1992. And was never disappointed!