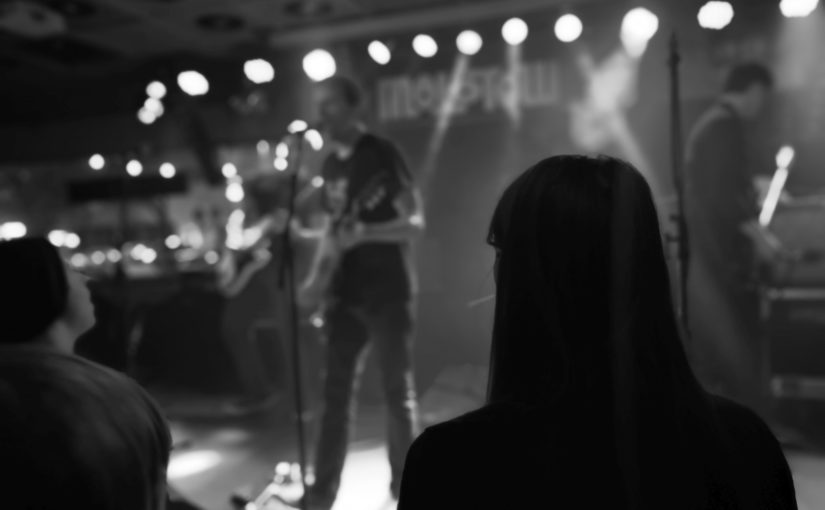 Kick off at the Molotow on a warm evening though was with Hamburgs finest, at least according to a singular acclaim by one of me mates, The Dutts. He claims they are currently the best thing in Hamburg though i would have some doubts. I’d recon they are at least very active currently and make sure they are heard.

The internet (damn internet, never forgets) has them down as:

And funnily that is exactly what you get: A sturdy bass, yet again played by a lovely female contingent, a metronome like drum player, pushy guitars and a voice that you either love (some) or hate (few). And hows does it sound? It’s sounds and looks exactly like this:

I like them but i would not necessarily go the extra mile for them (eg. to Bergamo for Punk Rock Raduno – that would require The Windowsills plus The Veterans). But they have some neat edges that make them actually worthwhile plus they definitely have humor. And a local fan base in numbers. I guess i will see them soon again, looking forward.

With a quick changeover it was time for Bad Sports (one of my secret favorites), who initially where quite nervous as they faced a complete empty Moltow. They had to be persuaded that just a little noise would be enough to bring the lot back from the fresh air of the backyard into the main room – and quickly that happened.

They started off with something that almost did tear my ear – for my liking the guitar had way too much of a metal sound. I am not an expert on these matters but somehow that – at least for me – took some of the groove away. During the set that was corrected and they sounded so much more fitting. And, as a start, they got the first people moving.

And that lead towards Radioactivity, with was Jeff Burke plus Bad Sports with changed strings. And they kicked off, efficient and quick, like this:

And as ever, efficient and quick, Jeff did not talk to the audience nor introduced a song but only ever let his music be the message. And that message was well received and got quite some cheers and movement. Just puuuurrrfect as i’d like to say.

Way to early (though with an encore) Radioactivity finished up around midnight and the lot reverted to plundering the merch stall. From the 100 singles in red vinyl done for the tour exclusively some stayed right there with me and me mates.

And as it was a warm May Wednesday evening leading up to a a public holiday next day plenty of people stayed on having some more beers and chatting away. Lovely, that is how it should be: Popular live music and some drinks and chats with friends.