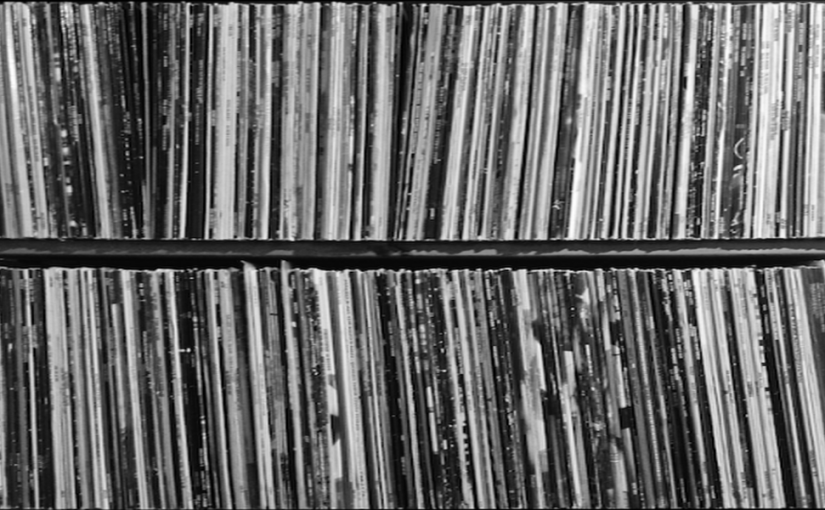 And now to my first and secret vinyl love – compilations! When i was young “radio taping” was the way to obtain and keep music. Local NDR2 had an afternoon show called “Der Club” and that did play music for young (13-16 year old) and rock minded youth. It had also snippets of the punk boom in UK and a regular “Letter from London” show by someone called “Ruth Rockenschaub” (i remember the name even almost 40 years on). Only later i shared a record player with my brother until owning in 1980 my own HIFI set (Dual Record Player, Sankyo Receiver and Tape Deck and self made loudspeakers).

And money we and i did not have a lot, so my initial investment into records where driven by opportunity (cheapo bin), fame (what was really cool on the schoolyard) and a harsh selection (the most “bang” for the buck). And that is where compilations came handy – they offered on average 16 songs by 16 bands and thus gave an option to explore.

And there came “Streets”…

The verdict:
1977 – yes, by year of release and by sound style!
published by a cool label – sure, Beggars Banquet’s intial release!
found in a cool shop – cheapo bin at local Membran (back then a local record store chain) outlet in my northern suburb in 1979!
catching sound – Back then for sure, today it sound „tame“ but that is because i have been spoiled with 35+ years of listening to punk rock!
the lyrics – because my school english being rather poor i could only make out some but initially i really did not bother to much about words – it was the sound!

But sans lyrics it had a cool message on the back cover:

There are two highlights on this records that i adored from day one and until today:

The coolest fucking thing to me! And i still dig this one big time! And i did have the luck to see them 1984 in Hamburg at the Onkel Pö, they rocked the place (with a capital R but still ok).

More pictures from the show to follow once they have been restored from the original film (mishandled over many years of ignorance and plenty of house moves).

The Drones! Killer catching sound to the max! I can still sing along to this one today if you wake me up in the night.

Also on this record where other lifetime favorites like The Members, The Lurkers and The Zeros. I did dislike Slaughter & The Dogs on this one only to later stumble over the “Where have all the Bootboys gone” 7″ and got hooked up on them too.

Little did i know about the facts: That is was a compilation of tracks taken from singles (released by other labels). That production quality was “lackluster”. That some of the bands did not exist anymore. But how should i know – nothing was in the german press, little on radio and every once in a while i could catch an NME or Sounds. Or listen to John Peel on BFBS (and sure pressing “record” on me tape deck). But John Peel was a pain, as my englisch was not good enough to understand all he had to say.