Another great movie to come – could be about me too! Looking forward for the full movie! 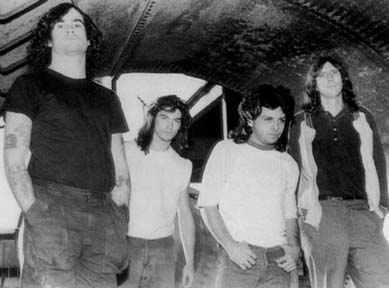 Let’s be honest – this is Black Flag in their musicaly least loved stage … but this is how life on tour feels (and i can relate to that from traveling with bands back in 80s and early 90s).

“Three bands and crew (a combined total of 13 individuals), 2 Dodge Ram extended cab vans, one equipment truck, one PA system traverse the continental US for six months. A road documentary shot from the inside of the last Black Flag tour ever (the 1986 “In My Head” US tour.)  Greg Ginn along with Henry Rollins, Cel Revulta, and Anthony Martinez comprise the final line up of the band. Featuring behind the scenes proceedings and live performances from Black Flag, Painted Willie, and Gone (Ginn’s side project, then featuring Sim Cain and Andrew Weiss (later of the Rollins Band) . David Markey was along for the entire trip as the drummer / singer for Painted Willie (with Phil Newman & Vic Makauskas), documenting the six month tour with his Super-8 camera as it happened. Also features roadie Joe (“Planet Joe”) Cole, soundmen Davo Claasen and Dave “Ratman” Levine, and the tour manager who kept it all together, Mitch Bury. A crucial turning point in American underground rock.The end of the line for a trail blazing American band.” 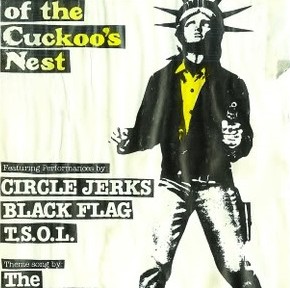 … and another geat lost documentary:

“Urban Struggle” examines punk rock as it exploded through Orange County, Calif. in 1980-1981. The documantary was shot at the notorious “Cuckoo’s Nest”….. Shot in high contrast black and white, the film provides an excellent glimpse into the dark world of punk, from the ferocity of Black Flag’s Henry Rollins to the apolcolyptic photographs of Ed Colver. The story of the “nest” is told thru insightful and humerous interviews with punk musicians: Chuck Dukowski, Casey Royer, Derf Scratch , the clubs infamous owner Jerry Roach, as well as a host of fans, luminaries, bouncers & police. The live performances by Black Flag, Circle Jerks and TSOL are loud, fast, abraisive and beautifully shot, with incredible footage of slam dancing. But most of all, the film captures the fun of punk, the joy in it’s own self destruction, it’s short lived but siginifcant moment in history. (Quote from “Please Kill Me : The Uncensored Oral History of Punk” Copyright © 1996 by Legs McNeil and Gillian McCain)