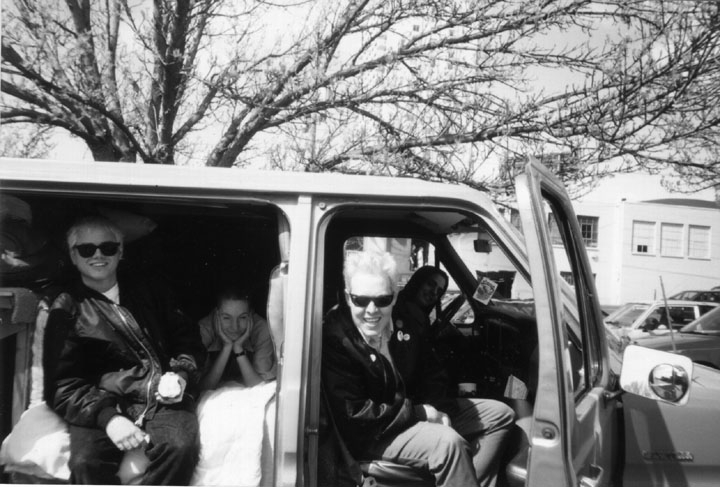 This is a song that was fixed in my brain for large parts of the mid 90s in the hey-days of what was called „Pop-Punk“ (and thus got a bad name forever). They hailed from Reno, NV, and as the mighty 7 Seconds they where DIY to the bone. This is their first LP, on Dr. Strange, and sure i have the limited eddition clear vinyl version as i bought it back then. „UMA 14 TIMES“ is a definite hit and doing a song for the lovely Uma Thurman back then sure was based upon her performance in „Pulp Fiction“. But, if you ask me, a well deserved appriciation!

The internet (damn Internet, never forgets) sums it up:

1977 – pure, sweet and thrusting rhythm – a real gem!
published by a cool lable – Dr. Strange – was and is cool!
found in a cool shop – Martin Stehr’s Drugstore was THE place in the 90’s
catching sound – without any doubt, i think this is the best pop-punk song from the US of the 90’s, even better than some of the Green Day stuff.

The lyrics are precise and very clear – no question asked:

They ceased in 1998, no clue what happend to the guys. Also no clue if Uma ever knew this and reverted on it. She should. As an act of grace!

Now listen – the video is great DIY – see the wayback maschine to 1996 (and sorry, you need to jump places):