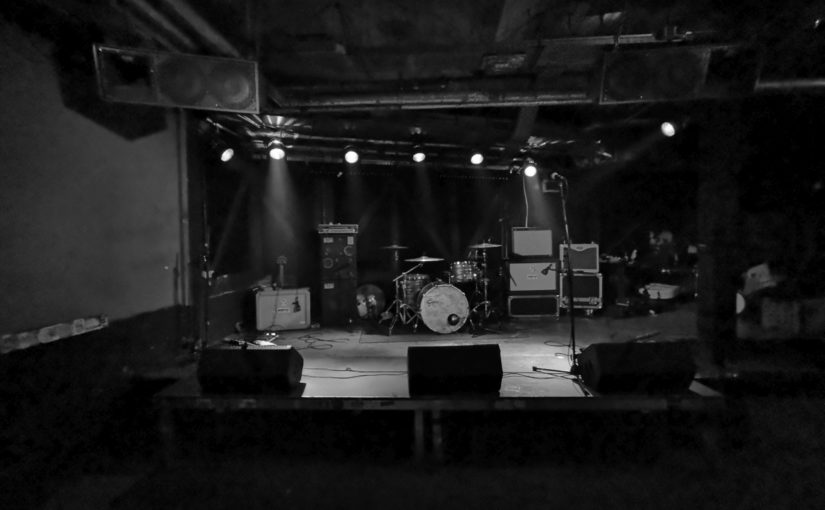 January is by far the most empty month in my show calendar, also 2020 it needed something extra to lure me out. Two items came together: On the one side Riskee and The Ridicule, which i had to pass by when they played the Monkeys previously and on the other side i was still to collect my 2020 Season Ticket for the Hafenklang.

First on the Bottlekids from sunny southern Wales and for me absolutely a blank sheet. 3 guys, different looks … what to expect?

Ups, that sounds like something from the US, something from the 90s, something that bounces around between a couple of mu-sick-al chairs. It took a bit of time but just like myself also others stayed and did not drop the support in favor of chats and drinks. They rather had the same feeling than myself of seeing something interesting, enjoying their sound.

Most valuable asset? Both the bass, that carries the melodies and the scratched voice of the singer (who claimed that normally he would be sooo much softer – he simply ruined his voice the night before).

At the end people where quite cheerful for them, they are not particularly defining a brand new genre or are doing something extraordinary but what they do, they do great, with precision and with some good song structures. It is exactly the reason why i go out to shows and want to see something new – to be surprised. Thanks mates!

How good was it? I bought their 12″ on colored wax and limited to 200 pcs for cheap 10 € – and i only buy records nowadays if a band convinced me live. You know the drill.

Next on Riskee and The Ridicule, self proclaimed Grime Punks, whatever that label should be leading to. At least for my mu-sick-al cupboard i now have a new label that i can stick onto one currently empty drawer. And they sound like this ….

As far as i am concerned that is happy mix of Rap, Nu-Metal and whatever … largely it is somehow DIY with loads of street credibility. Some songs to my liking are too much dominated by the machine gun spoken words from Scott (but the beauty is within, the words definitely have meaning and once you get across the accent … they are class).

I have no clue if this is their normal setting but they dropped the bass and featured twin guitars. As the mu-sick was driven anyway by stop-and-go elements and less by melodies it did not matter.

Whilst i was still a bit reluctant most of me mates around me rather went GO BANG, some even in full family force with two generations happily singing and dancing away. Great to see, sad that the floor was – warning, euphemism coming – spacious.

Eventually they carried me away too, after i guess 45 minutes they took on some extras (or, with a different view, they did a class 1 minute rock star break to disappear and reappear).

For the extra Scott took on to get it agreed with #1 Fan Nickel in the audience, some chit-chat, some bartering and off they went into not another love song.

I noted above that i nowadays only ever buy records if a band convinced me live, but it does not mean that i always buy. Riskee And The Ridicule are live an energetic, catchy, dancing-instilling unit with a class message on all the naughty items in life (and some education on Millwall Bricks and Glasgow Kisses) but on record (or, for me, testing it out via their Bandcamp page) they do not work. As such i was one of the few not scoring a record.

Nevermind, it only ever proves that it is all about checking bands out live, on stage, in your local club. And supporting them there. Thus indeed it was a pity that a mere 50 peoples showed up for two class sets by two worthy bands.