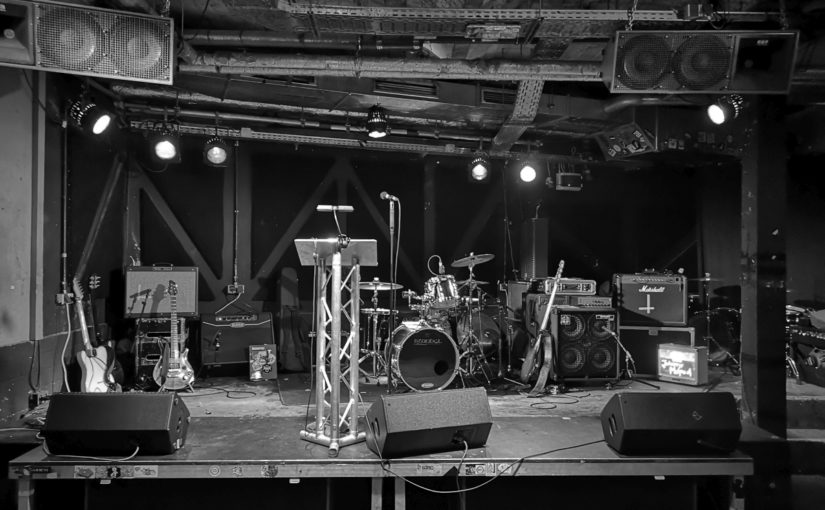 Last years triumphant show upstairs at the Hafenklang (one of the top 2018 shows in town) was still making waves in the circuit, as such their April 2019 run passing through Hamburg was given the prime stage – downstairs. But what should have been a prime event turned somehow into a laborious and painful evening.

Kick Off was with Waran from Bremen, an outfit i have never seen before, never heard off and, by the looks of the stage setup, may be slightly different. And different they where: A funny looking bass (who tried to hold back fun to the inside but every once in a while there where giggles and smiles on his face), a drummer from a showband, a non-descriptive guitar and … a vocalist.

And what they do is quite a concept: Whilst they play complicated Noise-Rock, or Noisecore or Math-Jazz the vocalist sings, speaks or recites word drawn up by a homeless guy (who ain’t no more). Bit of an arty thing, at good moments it was a bit of Victims Family, at better moments it was driving, hard and fast and and most other times it was … painful for my ears.

No clue how booking for this show worked, for me the wrong pairing as a starter.

Next on Dark Web from Philly (as in Philadelphia, US of A) took the stage, unfortunately with a full change of equipment. They looked just different (and younger) and yet again i have never seen them before nor heard any of their mu-sick.

Whilst Waran where painful for my ears it turned out that Dark Web would rather be … not painful, maybe anoying … for my eyes. They had a good twang, a solid beat and maybe too much reverb (specifically on vocals). But they looks did not match their sound and after a mate hinted to me „try to listen with your eyes closed“ i tried it … and was surprised that the mu-sick indeed worked better without the visuals.

They played a short set, most like the label „Post Punk“ is the right sticker for them. I guess you should check them out for yerself, my mu-sick-al limits may just be too prohibitive (for my humble self):

And with that it was Johnny Moped time. By now the Hafenklang was well filled, though it lacked the age mix of young and old: It was old farts predominantly. Last years pairing of a young local band (with local supporters) with Johnny Moped just did drive a much more healthy mix.

And to that audience and with a triumphant return from the Rock’n’Roll Butterfahrt Festival on Heligoland (that little high sea rock that them Brits tried to blow up after WWII) Johnny Moped took the stage:

The band excused Paul (and themselves) before he hit the stage as „we are worn out and Paul lost his voice .. but fuck that, let’s do this“ and indeed you could barely hear Paul and his voice was cracking. Bit time. You could even see the pains he got through trying to sing. Not good. And thus many feared the worst … either a weak show or Paul having to back out.

But Paul stayed on and actually his voice got a wee bit better during the show. The pit was packed and people enjoyed it big time with loads of sing-a-long and some cracking jokes from the stage.

And thus finally Labor Day came through laborious (sustaining two bands i most likely would not want to see) and painful (for Paul). But still they did a perfect set under these circumstances and they got a lot of appreciation.

Crazed up fans from near (Hamburg) and far (Bremen) actually entered the stage to demand an additional encore:

Well done lads and i do hope that Paul saw a doctor next day, got some medication for his throat and vocal cords (and hopefully he has not destroyed something there) and a good rest before he and the troops hit upon Rebellion this year.

And can someone please explain the math (just to not use the word logic) behind the booking/pairing of the three bands for that labor day? 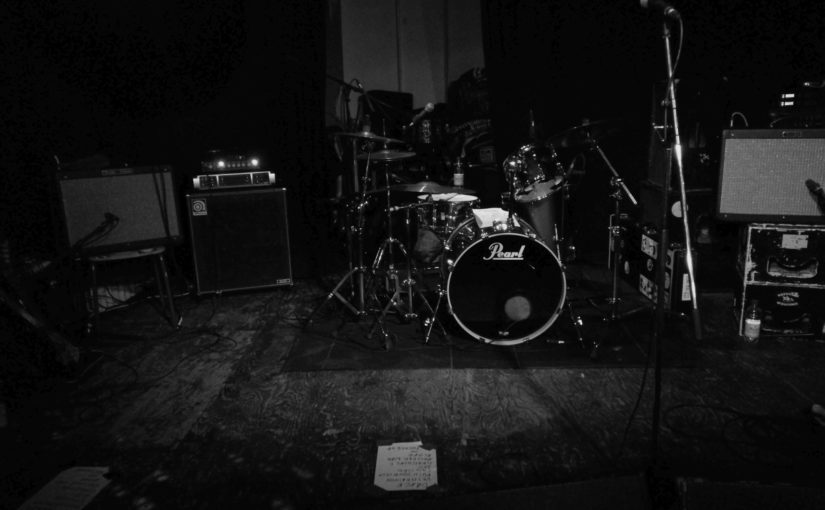 Oh boy, what an amount of noise this show created upfront. On the one side due to the fact that Johnny Moped should actually be a no-one over here (but is loved by the punk rock connoisseur crowd) and thus the for weeks sold out show created frustration by regulars (who counted on door tickets) and on the other side due to the support, who are handled locally and in the younger circuit as hottest shit.

Cavity Search hold some familiar faces, at least two i connected to other Hamburg bands like Plastic Propaganda (on hiatus) and Violent Instinct. And they portray themselves as coming from London and whilst that is a bit of a simple joke it might also hold some truth: I doubt that they get anywhere near success with their sound over here but i bet ya they would have a chance in London.

And this is how they kicked off:

Whilst some of me mates liked them instantaneously i had some reservations, without being able to really pin-point them. A nice variation in the guitar sound, a sturdy bass and a very vocal female voice. And then the bit that brought that itch – in my head the drumming did not always fit the songs well. But who am i to complain, it is their sound and if that is what they want – off you go!

Some people have them down as „Post Punk“, some as „Garage“ – i don’t have a clue what label to put on them. At least they seam to nurture a unique sound, that’s great. Some of older people around in the audience, who sure where in it for Johnny Moped only, complained about the punk styled visuals of the band and their prime followers in a way to express the word poser i guess.

I don’t think that does justice, you lot might have looked that way at 20something too in the eyes of elderly. The ultimate litmus test was coined by Mykel Board in 1985 and only ever that test should be applied! Despite that hidden undercurrent Cavity Search got a fair share of support and even an encore. Let’s see where they end up in future.

And that got us Johnny Moped and got me to see the drummer setting up his gear with professional obsession (and with his cymbals in rock star style) that made me fear the worst. He also took longer than needed, whilst the rest of the band was easy and quick. But in the the he turned out just as such – a professional drummer that hit everything with precission.

What to expect? Johnny Moped was around before punk, as you can see on this almost legendary 1974 snippet that has Captain Sensible of the Damned in the frame too:

The best ever quotation is from an older Guardian article from 2013:

And the fun thing is that whilst generally just an oddity in the greater schemes of the mu-sick history they did sell out the upstairs room at the Hafenklang. And when it came to proof it they kick off with one of their instant classics:

And that should set the tone – it ain’t punk but it is perfect pub rock, speeded up to meet current consumers preferences and Johnny at time with an almost spoken words performance. People loved it from the start and early on got into it.

And whilst that one was from the 1978 „Cycledlic“ Album on Chiswick (that one where dependent on how you put the needle you either got VD Boiler or a Mystery Track) their set covered all the years of output (though that is only 3 Albums and 8 singles, i guess you can make out how successfully Johnny Moped where). This one is another pub sing-a-long with a worthy cause (and it is from 1990):

Would i go out with Johnny and save them seals? Naaa, don’t think so, i would not trust him enough to be frank. But what emitted from the stage was fun and wit, something that normally puts the spark onto the audience. Same here, the crowed got singing, dancing and provided loads of applause – be it the old folks at the front and at the very back or be it the young ones in between.

It also got us into overtime and some more, until a final encore was provided with another pub rock classic – Something Else (yes, that one that Sid Vicious did cover).

Wow – all in all it was much better than i expected and a worthy entertainment. I would not go an extra mile for Johnny Moped but for a Friday night out with -10 degrees outside it was the perfect sound for some chats and some beer.

If you want to know more about Johnny Moped then here is great documentary to watch that will give you all the insights and all the answers. And beware, there is a lot of fame talking about  Johnny …

And whilst some people liked it to the max i also need to report that some did not like it all and that is fair, you can’t always match it for everyone. And, surprise, that pairing of Cavity Search and Johnny Moped did work as they had not a single overlap in style and sound.

Mu-sick, best served live. I can only repeat myself.