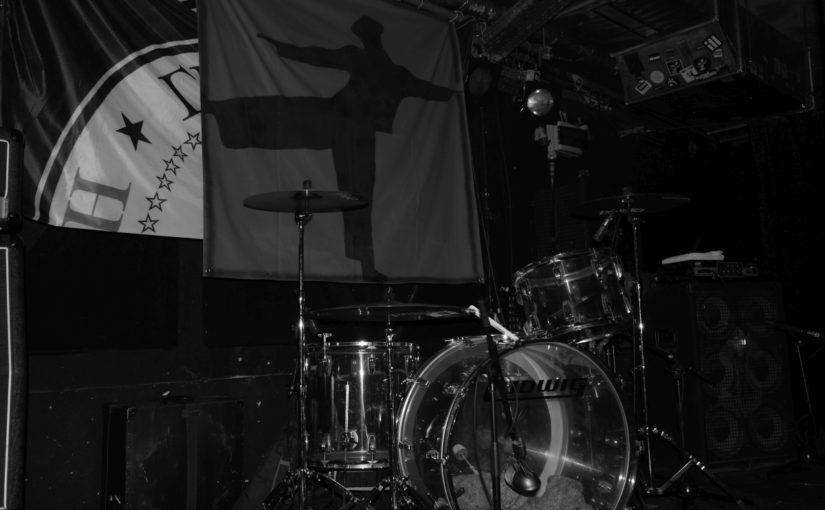 As with all those young punks from the class of 1979 in Hamburg i went through phases. Initially primed by UK 1977 punk and shows at the Markthalle, i discovered also new German music, just before that part turned all sour by the hands of the Music Industry as “Neue Deutsche Welle (NDW)” and luckily US Hardcore came by in 1983 to save my mu-sick-al mind.

But whilst digging into German post punk i saw a shitload of great stuff, be it D.A.F. prior to fame, be it Malaria or … Der Moderne Man. From Hannover. And a great band with both feet in Punk and their head already way out into what would become the so called New German Wave (aka NDW). I have all their records and their first long player still stands all tests of time.

Check this out, an early early video:

What did stand out was the vocals from Ziggy-XY, who left the band after the first LP to do much stranger stuff with Kosmonautentraum, Whilst being able to get a 2nd long player out by 1984, they called it a day after 5 energetic years, forever.

And now wind to 2019 and a huge surprise: Whilst the annual Hamburg Ramönes show was set the band in passing published that their support would be … Der Moderne Man (thanks to some overlap in Personal). Eager as a beast i got a ticket on the day of pre-sales starting (and thus was lucky) only to realize that changed leave plans would have me 550 KM north of the Hafenklang on that day.

I thus i enlisted a fellow regular by pushing the ticket onto him in exchange for a promise to take pictures and report back. So here is the 2nd hand account of someone who was far too young (actually born 1977) when i saw Der Moderne Man in the early 80s.

The pleasure came quite unexpectedly, because my dear friend Dos surprised me with a free ticket because of his holiday. It was an even bigger surprise as he must have been very fast in securing the ticket,  because the show was sold out within a few days. Due to great demand from all over Germany it was moved downstairs from the Goldener Salon to the main hall of the Hafenklang,  And here, too, the quota was exhausted within a very short time.

Der Moderne Man thus opened the evening in front of a happily attuned audience, who had traveled from all parts of the republic and partly even from abroad for this event. For in addition to the 40th anniversary of the band, it was also to celebrate the 60th birthday of guitarist Ecki. The singer announced that the setlist would have been played exactly the same order about 35 years ago and opened the show with the Disco-Lied, which was celebrated by the crowd from the first note onward. And it went on in the same positive spirit.

The performance lasted exactly one hour, with songs like Laut, Das Tier, Dauerlauf, 13, Telefonlied, Gib’ Mir Den Tod and Frau Krause being highlights  for me. I am damn sure this band will now find their way onto my record-player (Note to self: Remind Dos that he agreed to sell me his record collection when he moves into the retirement home).

After the obligatory encore, the band was duly adopted by the audience and they where visibly moved when the final curtain was coming.

The rest of the evening I spent talking with friends and regulars in front of the venue, so that I did not see much of the Hamburg Ramönes. Still i took  a quick look: The hall was no longer packed as during The Modern Man, but those who stayed were enthusiastic about Ecki and the crew still.

Even gifts from friends, who found the exit from the island yonder that wants to Brexit, where presented: caps with the band name and the respective names of the cheerful tuned musicians. It was a great event and I’m glad to have attended it!

Wow – i guess i missed something. Talking to others in the week after the show this was confirmed, though it was also noted to be a strange event: 100 tickets went to Friends of the Hamburg Ramönes and 100 tickets  where scooped up by people from all around Germany (with quite some prominent people among them), who were eager to see Der Moderne Man again (or finally).

Kudos and happy birthday to Ecki for making this happen, i appreciate it though i missed it. nb: The enlisting of an apprentice was a nice first, i think i must try that one again. But with respect to handing him my record collection (including Der Moderne Man records) i need rethink date and price tag! 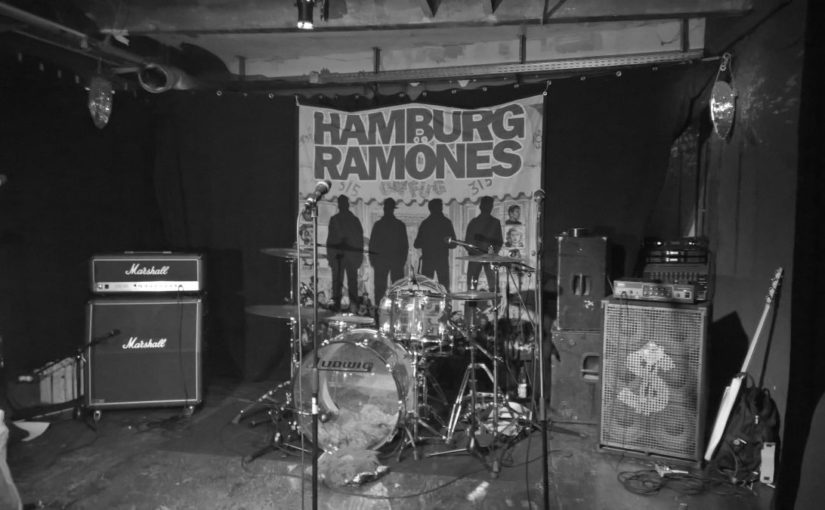 It would have been Joey Ramones 66th Birthday this year and the Hamburg Ramönes do have a habit of throwing a birthday bash for Joey. This time round it included Flanders 72 from Brasil, a Ramonescore band leaning towards a Green Day sound rather, and it was set upstairs at the Hafenklang.

For me it was a wee bit strange as i only knew two people in the audience and they had the same experience – it was a strange audience, to a certain extend due to many of the regulars being over in Berlin to see Razors supporting Cock Sparrer. Still, it was a strange feeling to be in an audience that seemed to be made up in majority of friends and family of the band (with an average age even above mine).

Flanders 72 kicked off and from the first second they proved to be experienced musicians – right from the start great sound, tight and on the point playing and moving to the music radiating joy. According to me mate Frosch they did the same on a not sold out MS Hedi (a small ship hosting bands for tours through the Hamburg Harbour), a trip & show the day before i did let go in favour of the record release party by the Spitfire Stevens.

For a 3 piece they had it all there was needed: Smile, speed and precision. Plus stage personas and some entertainment of the audience (“Danke ihr Penner” sure is a custom greeting in Germany) – all in all a great package driven by a great sound. The main reason for everybody thinking “… that’s Green Day style” sure are the vocals of Paulinho:

And i’d bet they are huge down there in South-America! Not for a reason most of Brasil and Argentina are Ramones territory, already back in 1996 when i saw Ramones in Buenos Aires that was a stunning thing to see. I’d love to see them though with a proper long set on a slightly bigger stage and getting say 450 people going – that would have been the right thing for them. I do hope though they come back!

Next and with only little changeover the Hamburg Ramönes took the stage. I saw them a couple of years downstairs at the Hafenklang and i was not too impressed. The good think though is that they graduated from being a cover band to playing also own songs. And they have by now 5 records out, though i guess not sold record quantities.

Frank – i did struggle with them, specifically when they played Ramones songs: To much mid tempo, to bad drumming and i just did not get along with the vocal style of the singer. The art of covering is a tough one, you need not only play the chords in the correct sequence you also need to hit the groove and the intend – and them Hamburg Ramönes rarely hit it right for me (and my two fellow observers, one of them a professional cover musican).

The more they played though the better they sounded and i have to admit that a couple of their own songs had some groove and the vocals did fit – but it was one out of 10 if i dare to judge (and yes, i am a hard judge).

The audience (friends’n’family?) though liked it and ensured a couple of encores. The final encore was sure a hats off to the mighty Ramones and Paulinho of Flanders 72 joined to sing the bubblegum ode:

A strange evening, with heavy rain and thunderstorm outside, and an evening with a clear winner: Flanders 72 played “Green Day style” but in their own fashion and with both heart and quality. The Hamburg Ramönes did not score for me, though i bet they have their heart in it (i saw a Johnny Ramone signature Mosrite on stage).

Never mind, it was a pretty Friday and i was home all wet (but not too late). And as always mu-sick is enjoyed best live!