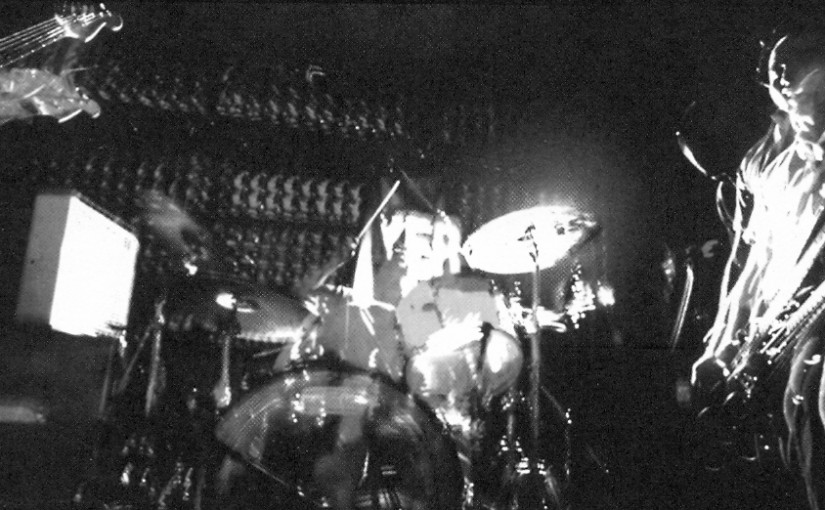 fluf, the band that threw records out like hell in the early 90’s, hailing from sunny San Diego and masterminded by someone aptly called „O“ and pushing the art of covers for the punk space into the retro-design territory. And as a bonus: Vinyle and CD releases had different covers and different names – cool, this way i could thrill my record collector asshole!

The verdict:
1977 – naaa, this type of sound the class of 1977 had not forseen. Classic anyway!
published by a cool lable – Headhunter, a Cargo outfit, had an endless stream of great stuff back then!
found in a cool shop – ticked, again Martin Stehr’s Drugstore
catching sound – „Fluf’s strength lies in its to-the-point songwriting, namely O.’s gift for combining ultra-heavy hooks and tender pop strains („happenin‘ melodies with friggin‘ raw, heavy guitar,“ is how he describes it)“ (claims the net, and the net is always right)
not too bad words – yeah, the are great. touchy, personal and to the point like this chorus:

And this is fluf, reformed and @ a private party in 2010, trashing out that very song:

An extra bonus goes to the band for the graphical design of the records – extra class! i’d say one of the most underrated bands from out west!