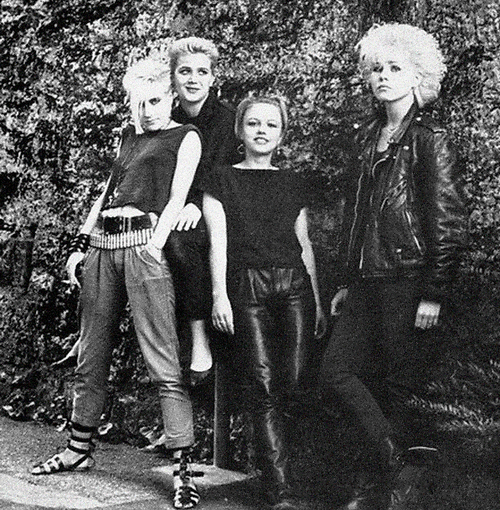 Now this is Switzerland again and this is something special. There are a couple of all-girl post-punk groups in the US of A that state that their sound was inspired by this 80s Swizz band. The sound actualy was Punk but later it was dubbed „C86“ or „Schrammel-Pop“ – all  tags that i can not reconcile. They made energetic music, with limited abilities at the start and they where not afraid of „letting it all out“. They went to some fame as the were signed by the same lable as the Shop Assistents, a band that got a lot of fame in the UK. The verdict:

1977 – sure DIY! And plenty of Ramones,
published by a cool lable – Farmer Records where a small and cool DIY lable from CH!
found in a cool shop – Konneckschen back then, sure thing!
catching sound – „Never Surrender“ is a „ohhh-hoh-ohah“ anthem of timeless beauty. Should have been covered many many bands – but by the looks it hasn’t been…
not too bad words – yep, a real youth anthem!

I would realy like to know what happend to these girls!

The record got re-released in 2010 in the US of A and the marketing for that states: